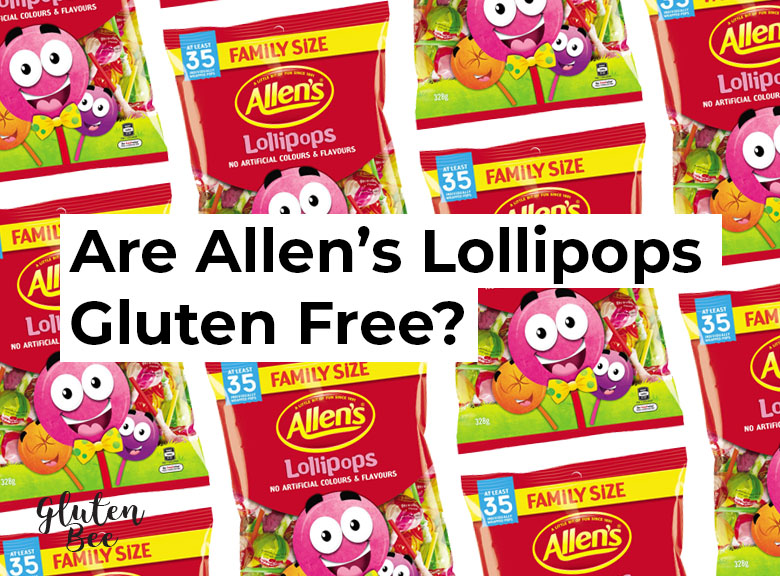 They come in a mix of 5 fruit-forward flavours, including tasty pineapple, luscious raspberry, zesty orange, tangy lime and juicy blackcurrant.

The answer is: No*

*There is conflicting information from Allen’s and Nestlé on the gluten safety of their lollipops.

According to the Nestlé Australia Gluten Avoidance PDF (found here), Allen’s Lollipops are gluten free only when produced in New Zealand.

However, on the Allen’s Lollipops product page, they are listed with an icon as being “free from gluten”, but the country of origin is listed as China, accompanied with a warning that they “May Contain Gluten Containing Ingredients.”

On the company’s FAQ page, they explain that the lollipops are moulded in a “wheat starch mould”, and therefore could be contaminated with gluten.

Therefore, for the purposes of safety, it may be best to avoid Allen’s Lollipops and instead choose another Allen’s candy.