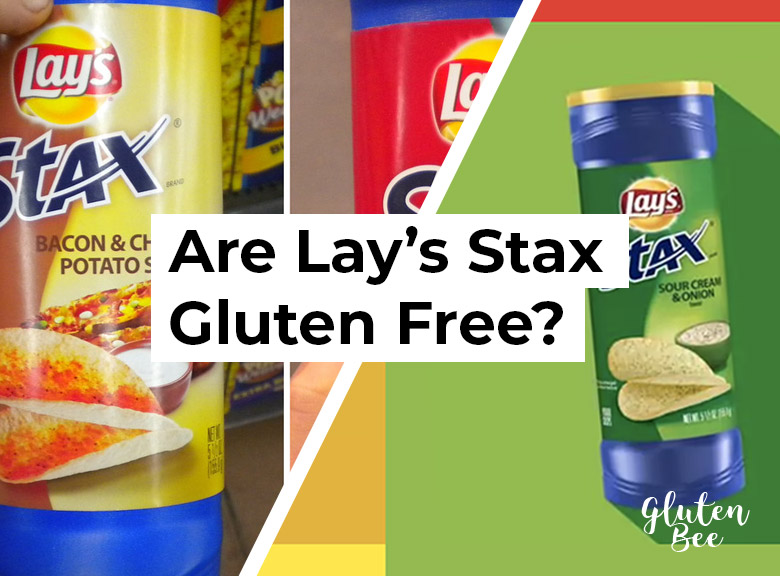 Lay’s Stax are a tasty potato chip style snack from Fritolay that are similar to Pringles. These crunchy folded potato slices come in variety of flavors included barbecue, sour cream and onion, cheddar, pizza, and more.

Millions enjoy Lay’s potato chips and various products, so many are also wondering…

FritoLay released a dietary list of all U.S. Gluten Free Products and Products Not Containing Gluten Ingredients. On the list were 11 or the 12 Lay’s Stax flavors. Keep in mind for all of the Lay’s Stax flavors, this list is only confirmed gluten free for the United States. Unfortunately, we could not find any reports for products in other regions from FritoLay.

The only flavored not included on FritoLay’s list was LAY’S® STAX® XTRA Flamin’ Hot Flavored Potato Crisps. Upon further inspection of the ingredients, it appears this flavor also does not contain any gluten.

You can use this store locator from Lay’s to find a place nearby where you can purchase Lay’s Stax. View all flavors here.