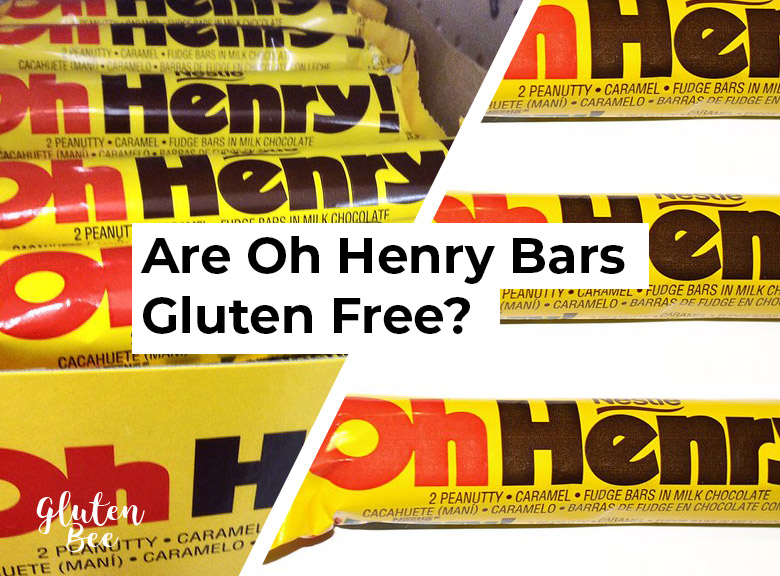 It was first introduced in 1920, by the Williamson Candy Company of Chicago, the company behind the original OH HENRY.

According to rumors, Oh Henry! was originally named after a boy who frequented the Williamson company, flirting with the girls who made the candy. Every time the girls need a favor the would shout out aloud “OH HENRY”

The brand was later acquired by Nestlé who sold the rights to its US confectionery products to Ferrara Candy Company (a subsidiary of Ferrero SpA).

Let’s find out if this popular American chocolate bar made of delectable fudge, roast nut, caramel, and chocolate blend is gluten-free.

The Answer is: NO (Potential Cross Contamination)

Oh HENRY Bars contain no gluten ingredients but have not been tested for trace gluten. OH HENRY may contain traces of gluten from cross-contamination during production, which is why these are not confirmed gluten free.

It is, therefore, best to avoid OH HENRY if you have a gluten allergy or suffer from Celiac Disease.

For more information on OH HENRY – check out this link here: https://www.nestleusa.com/brands/chocolate/oh-henry