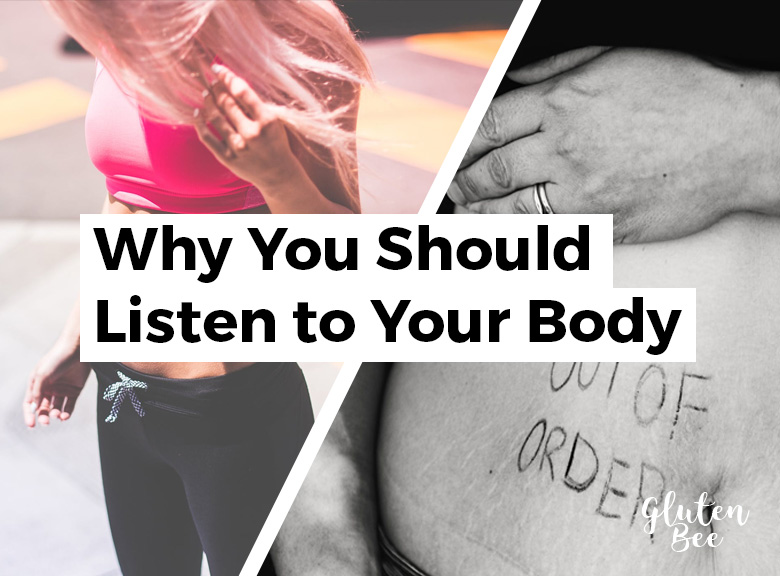 Diagnosing the cause of any ill-symptom takes a great deal of wisdom; often validated with a medical degree.

But once you’re diagnosed with Coeliac disease, gluten sensitivity or any other food induced illness, you can sleep easy knowing the cause of your symptoms.

Whether your symptoms are stomach pain, brain fog, hives or something else; they’re often caused by the food you’ve put into your own mouth.

“All Disease Begins in The Gut”

2,500 years ago, the Ancient Greek physician Hippocrates, proclaimed that “all disease begins in the gut”.

With no technology and little existing knowledge, Ancient Greeks recognised that many of our health problems are caused by the things we, ourselves, put inside our bodies.

Today I’m often surprised at how few people consider this idea, especially those in the Coeliac/Gluten Free community.

It surprises me because sufferers of food-induced illnesses should be much more aware than the general population of the impact food has on our wellbeing.

Yet mostly, people focus on curing symptoms instead of removing the root cause.

Recently, in a Coeliac Facebook Group, a concerned mother posted pictures of her son.

He’d had a severe skin reaction to something, but she didn’t know what. He was already diagnosed with CD so the mother enquired as to whether anyone else in the group presented a similar reaction after consuming gluten.

Dozens of people commented, many with photos of their own skin reactions.

I replied to the post, commenting that the photo of her son and the other photos posted by group users looked very similar to Dermatitis Herpetiformis.

Dermatitis Herpetiformis is a skin condition (which I suffer from) that is closely linked to Coeliac Disease and often presents as a symptom of gluten exposure.

I detailed my own experience of DH and mentioned that it takes around a week for mine to go away.

One of the ladies who had commented with a picture of her skin reaction quickly asked what I had taken to make it go away, as though there was some magic pill to cure gluten exposure.

When you take a shot of vodka or thirstily drink a cocktail, within 5 or so minutes you feel drunk.

This is a symptom of being poisoned by alcohol. There is no instant cure. You have to wait and not drink anymore alcohol. Simple.

An ibuprofen may dull the pain of stomach ache, steroid cream may ease the itch of eczema, but these are only curing symptoms. They are not the root cause.

When a gardener wants to kill a weed, she doesn’t just cut off the head. Instead she digs up the root, otherwise the weed will continue to grow back.

When you present with any symptom of gluten exposure, your body is telling you that you have eaten something you shouldn’t.

Don’t just look to cure the symptom, look at everything you have eaten over the last few days and double check everything is clean.

Simply focusing on curing the symptom and not the root cause (which we know is food) could leave you open to continued gluten exposure.

Your body doesn’t lie; it is a living, breathing, reactive indicator. When it tells you that you’ve eaten something you shouldn’t, listen to it.

Consuming gluten as a coeliac results in an autoimmune response that can seriously damage the lining of the gut. This damage is known as villous atrophy.

As the gut becomes damaged, your body begins to struggle to absorb nutrients from food. This can result in malnourishment and other serious complications.

This is why it is of such importance for coeliacs to listen to their bodies.

By ignoring your body (i.e focusing on symptoms, not root causes) and continuing to eat your usual diet – even when your body reacts negatively – you’ll potentially cause serious damage to your gut.

WHAT YOU SHOULD DO

When you present with a symptom of gluten exposure, the very first thing you should do is consider everything you’ve eaten in the past few days. Writing it down can help. This may take some time, but it’s worth it for your health.

Reactions to gluten, especially those on the skin, can take a few days to present themselves. This is why it is important to document several days of foods and not just the food you ate today.

Remember that gluten is in more than pasta, pizza and bread. It’s also in sauces, stocks, gravies and other unsuspecting ingredients.

Next switch a simple, bland diet. The cure for gluten exposure is to wait and avoid eating anymore gluten. Don’t eat gluten-free alternatives. Stick to simple veg and meat. If you’ve accidentally eaten gluten without knowing, you could risk eating it again. Switch to a very simple and bland diet until your symptoms are relieved.

Don’t just be on the lookout for gluten, though. There are a wide number of foods and ingredients which cross-react with the gluten protein. Furthermore, be aware that gluten-free alternatives could actually be triggering your symptoms.

Finally, remember to always listen to your body. The next time your body presents gluten-exposure symptoms, it’s telling you you’ve eaten something you shouldn’t.

Don’t just focus on the pain now, try and find the source of the pain. Hint: it’s in your food.

Do you listen to your body?

I’d love to know how in-tune you are with your body and your diet. Are you newly diagnosed and struggling to figure things out?

Share your experience in the comments below and let us know how you deal with this gluten-free issue.