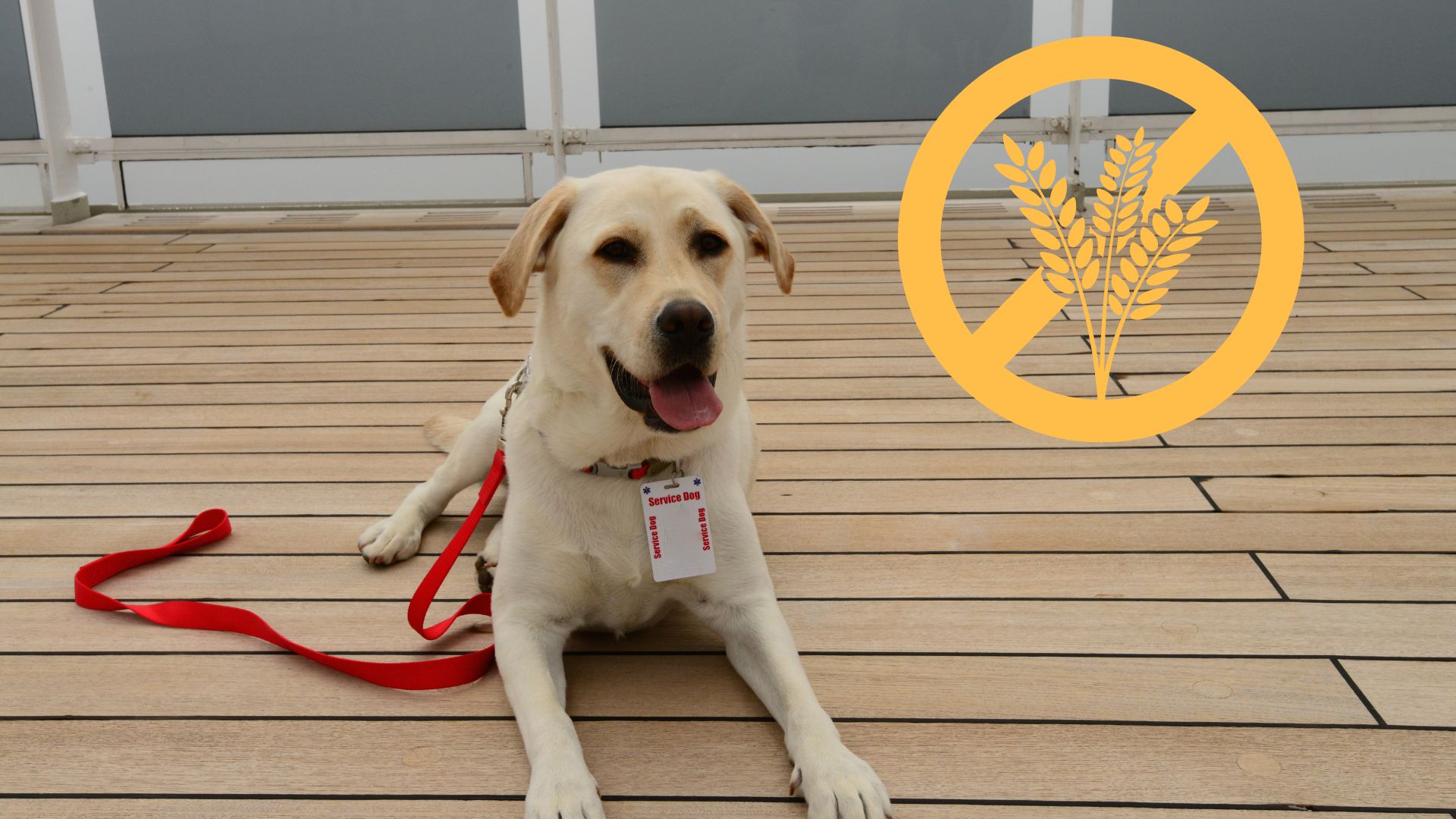 Are you wondering: “how do service dogs detect gluten”? Learn all about the sniffing powers of man’s best friend.

So… How do Service Dogs Detect Gluten?

Dogs use their powerful noses to help humans detect danger in almost any form possible, some of which include drugs, bombs, and even cancer. However, one of the most interesting forms of help we’ve heard of lately is gluten sniffing. Sounds a bit impossible, doesn’t it? How do service dogs detect gluten? Find out below.

What is Celiac Disease?

Celiac disease, sometimes called celiac sprue or gluten-sensitive enteropathy, is a digestive disorder, more specifically, an abnormal immune reaction to eating gluten. Gluten, on the other hand, is a protein found in foods made with wheat, barley, rye, and triticale, as well as in some medicines, vitamins, and lipsticks.

What’s the deal with this disease? Namely, the regular consumption of gluten in some people triggers an immune response in the small intestine, which ultimately destroys the mucous membrane of the small intestine and prevents it from absorbing some nutrients (malabsorption).

What are the basic symptoms of celiac disease?

In short, the symptoms of the disease usually affect the intestines and digestive system, but rarely stop there and manifest in other parts of the body. Furthermore, we must note that children and adults rarely have the same symptoms.

Although they mostly affect the digestive system, find out below which the first symptoms that affect other areas of the body are.

Check out this infographic to learn more about the symptoms of Celiac disease. Be sure to make an appointment with your doctor if you suspect that you or someone close to you suffers from this disease. Remember, the longer you delay the examination, the greater the likelihood of complications. It is even possible to die from Celiac Disease, so don’t wait!

Is There a Need For Dietary Supplementation?

The answer is yes! Namely, in a large percentage of patients who are on a long-term gluten-free diet with good compliance, micronutrient deficiencies cannot be detected in a timely manner. Accordingly, we can conclude that the lack of micronutrients, specifically iron, folic acid, vitamins B6 and B12, vitamin D, copper, and zinc, is one of the most common conditions in patients with celiac disease.

Unfortunately, if it isn’t treated, it can contribute to neurological complications, psychiatric symptoms, and various bone alterations.

We recommend that you contact your healthcare provider to make sure that you are getting all the necessary nutrients and vitamins with your diet, in the meantime check out our roundup to discover supplements, vitamins, and health products that are verified gluten-free. 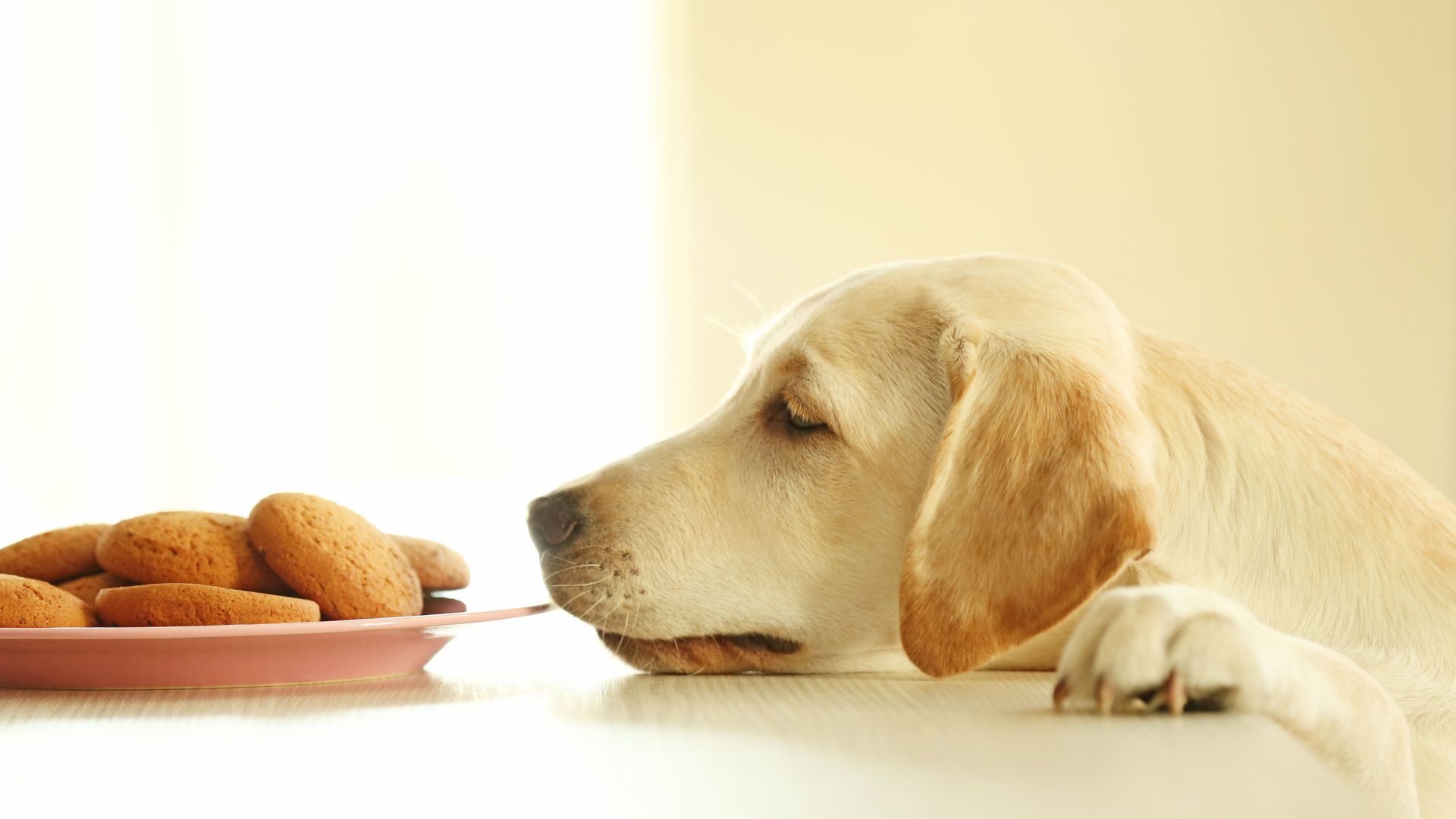 Did you know that dogs’ sense of smell is 10,000 to 100,000 times stronger than ours? How is that even possible? Well, it’s very simple. Dogs, namely, have as many as 300 million olfactory receptors in their noses, compared to only 6 million in humans.

Kerri Caldwell, who lives in Virginia Beach, was diagnosed with celiac disease in 2015 after having severe symptoms for two years. Her condition was so severe that it was almost impossible for her to leave the house without violent reactions on her skin and intestines. That’s when she heard about Compass Key Service Dog Training for the first time, where she took her beautiful lab called Maggie, and that’s where the whole story that we’re going to talk about today begins.

Gluten-sniffing dogs are dogs trained to detect the smell of even the smallest amounts of gluten in products and the environment, much like seeing-eye dogs or hearing-ear dogs. Since they are service dogs, they undergo a special, specialized type of training that can last up to a year, after which they can safely accompany their master anywhere they go, and in addition, they are available to evaluate all foods and snacks that the owner comes into contact with.

Even after the end of the learning and training period, celiac disease service dogs must be constantly under training to keep their senses sharp and able to detect gluten in various products. In addition, it is necessary to pay special attention to the fact that the dog is obedient and behaves appropriately in different environments, including restaurants, shops, schools, workplaces as well as in all other public places.

All intensive training is for naught if the dog does not learn how to properly alert its owners to the presence of gluten. Accordingly, the dog needs to be taught a predetermined sign in order to inform the owner in a timely and appropriate manner that something is wrong. Gluten-detecting dogs may paw at their handler or some other object to give a clear signal to the owner.

The ability to sniff gluten may not sound like a big deal, but when you consider how many people can have severe allergic reactions because of it, the ability to do so opens many doors. Having a trained service dog can significantly affect the quality of life because they protect you from danger and most importantly, give you greater peace of mind.

What is your opinion about this type of service dog? Do you consider them necessary? Let us know below. 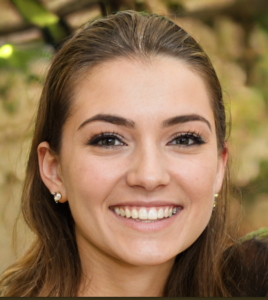 Karen Rutherford is founder and editor in chief at Cakedecorist. You will often find her in the kitchen trying out some new recipes. As a pâtissière and baking enthusiast, Karen has decided to share her knowledge with the internet audience and provide the best tips and recipes for baking and decorating your favorite sweets.