The Blue Ice Vodka is made in the USA and is produced by 21st Century Spirits. Most of the main vodkas in production are made from cereal grains. Blue Ice is different and is one of the select few vodkas in existence that is made using only the finest Idaho potatoes.

According to the company behind Blue Ice Vodka, almost 10 pounds of local Non-GMO, Russet Burbank potatoes go into each bottle of this Idaho vodka.

You can find more information on how this vodka is created here: https://www.blueicevodka.com/our-vodka

But for now, let’s answer your question. 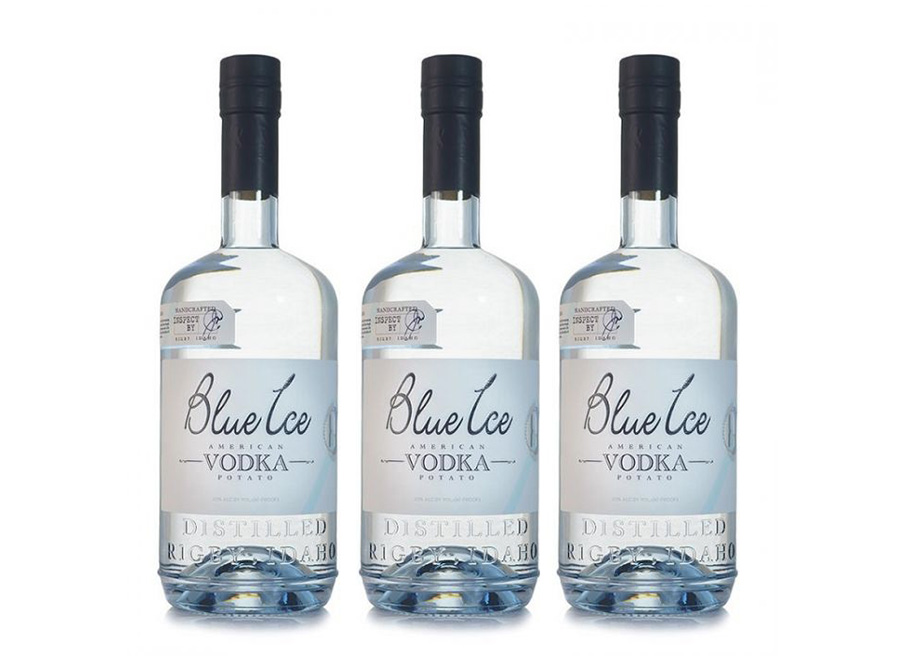 Blue Ice Vodka is the first distilled spirit to be certified as “gluten-free” by the federal government in America.

The Alcohol and Tobacco Tax and Trade Bureau(TTB) approved a request by 21st Century Distillery to change the label of the vodka to include a red sticker that says “gluten-free.”

We’re the only vodka that’s gone through the time and process to be completely sure that there’s no gluten in there. We think that to have it on the label so consumers can be 100 percent sure about drinking our vodka is a progressive step for the industry.

Not only is this vodka one of only gluten-free vodkas in existence, but Blue Ice Vodka is also exceptional due to the fact that it contains water that is sourced from the melting of the Rocky Mountain snowcaps.

It is produced with the artful science of a handcrafted four-column distillation process involving charcoal, garnet, and crystal, among other filter media. Thereafter it goes through a five-stage filtration system (note: most vodka go through three stages on average) to create a gluten-free vodka.

For more information on Blue Ice Vodka, check out the website here: https://www.blueicevodka.com