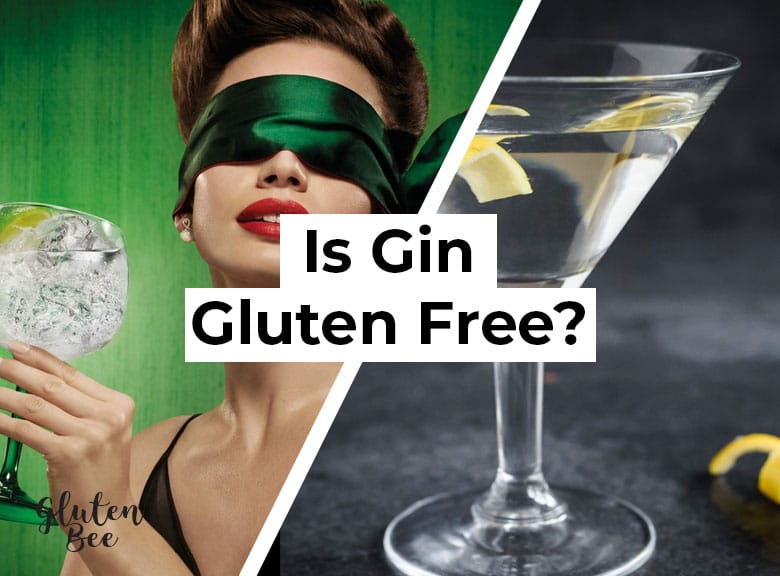 Here’s the thing about gin: most drinkers think gin is made solely from botanicals, like herbs and spices.

However, that’s not so true. Contrary to this popular belief, gin is actually more likely to be produced using a base of pure grain alcohol. You know, the sort of stuff made from gluten?

So, with grains like wheat being a primary ingredient in gin, can it be considered gluten free? Let’s dig in and figure it out.

How Gin Is Made

Brands like Bombay Sapphire proudly display extensive lists of botanical ingredients on their bottles, but they make no mention of whether or not they use gluten in their base alcohol.

As it happens, they don’t have to.

In most countries, alcohol products like gin don’t legally need to list the ingredients used in their production. Instead, they simply have to follow “standardised” rules which relate to its production process, rather than the ingredients.

In the case of gin, the only stipulation when naming a product as gin is that it must be “distilled alcohol, no less than 40%, and derives its predominant flavour from juniper berries” source.

This is in stark contrast to food products, which must legally display potential allergens. As so, alcohol is certainly a grey area for coeliacs.

Are all gins made with grains?

Unfortunately, as there being no requirements for alcohol producers to list their base ingredients, and the lack of transparency of the alcohol brands themselves, there’s no way of knowing the exact ingredients that make up many gins.

So, is Gin Gluten Free?

There are two schools of thought when it comes to deciding whether an alcohol like gin is or isn’t gluten free.

The first school of thought claims that the distillation process of clear alcohols like gin removes all impurities like gluten.

Distillation is a process of making alcohol, where fermented alcohol is slowly evaporated, leaving behind its base ingredients, extracting only pure water and ethanol (alcohol).

The National Celiac Society agrees with this, claiming that all distilled alcohols are gluten free, even if they’re made from gluten-containing ingredients.

The U.S Food & Drug Administration somewhat disagrees with this viewpoint, imposing a rule in America that any product using gluten-containing ingredients cannot be labelled as gluten-free – even distilled products.

They go on to say that although current tests may show that a product is gluten-free, they believe we simply don’t yet have good enough technology to detect such trace amounts of gluten.

So can Coeliacs drink gin?

If you listen to most manufacturers and most governments – yes, if you have coeliac disease or gluten sensitivity, you can safely drink gin.

However, if you share a similar viewpoint to the FDA, then you may want to be careful around grain-based gins.

Our view: Decide for yourself

I’ve always advocated a holistic approach to gluten-free information, and I’m a big believer that the gluten-sensitive should listen to their bodies.

Everyone (coeliac or otherwise) reacts differently to food products. Only you can know how you react to drinking gin by listening to your body.

If you drink gin and experience no ill effects, then you can most likely assume that gin is safe for you.

However, if you find yourself experience symptoms of gluten-exposure, then you should probably put gin on your suspect food list.

Let me know your thoughts in the comments!