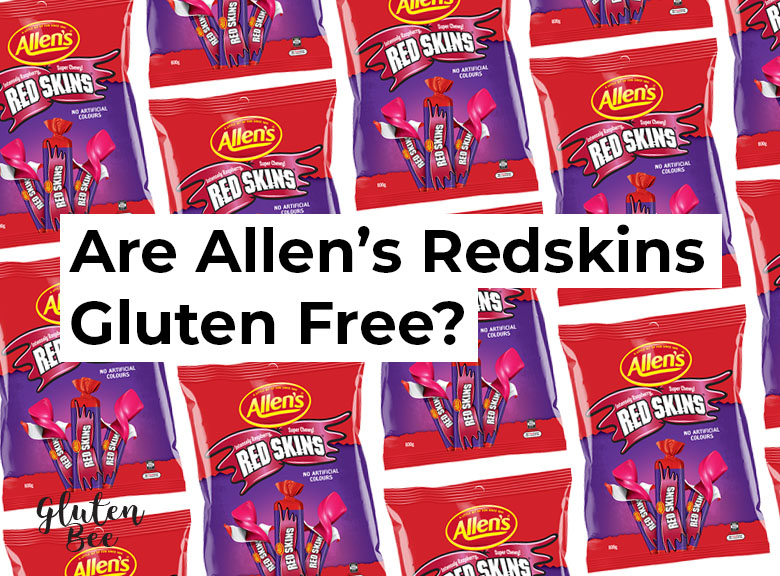 Allen’s Redskins are a chewy raspberry flavoured candy which are popular in Australia & New Zealand.

Allen’s are most well known for their Lollipops, which are not gluten free, but are Redskins safe to eat? Let’s find out…

The Answer is: Yes!* 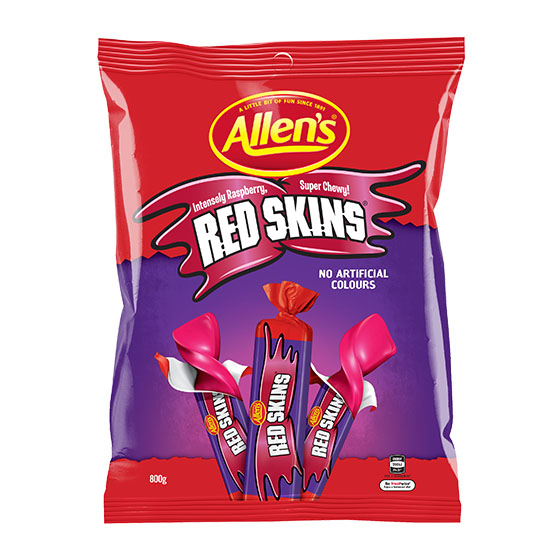 *According to Nestlé Australia’s Gluten Avoidance PDF (found here), Allen’s Redskins are gluten-free and safe for consumption by Coealics and the gluten-sensitive.

This is also reconfirmed with a “free from gluten” icon on the Redskins product page.

However, in the Gluten Avoidance PDF, Nestlé also state that the packaging & ingredient list should be checked prior to consumption to ensure no gluten-containing ingredients are used in the product.

This may just be in case the ingredient list changes, or it could be that there are different varieties of the same product. So, to be safe, always check the label!