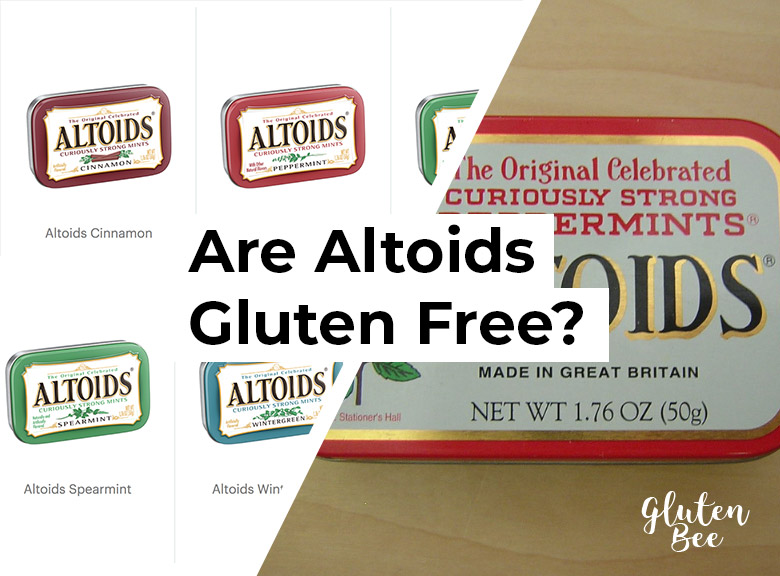 Altoids are a brand of top-selling mint in the U.S. They are known and marketed as “curiously cool mints” which is also the brand’s slogan. The mint is owned by Mars, Incorporated, who also produce and distribute popular products such as Mars Bar, Galaxy Ripple and CELEBRATIONS among others.

Introduced in 1780, Altoids® were originally marketed to relieve stomach discomfort.

By the 1920s, the original cardboard box had been replaced by the more durable distinctive metal tins of today.

Let’s find out if these top-selling mints are gluten-free.

YES, Altoids are Gluten Free. In the past, they listed Wheat Maltodextrin in their ingredients list, but according to comments from users on the Celiac Forum, Mars has removed the wheat maltodextrin from recent product lines.

We checked the Mars product locator for Altoids just to be sure, and could not find any wheat/gluten ingredients lusted for any Altoids products. You can see for yourself here: https://productcentral.mars.com/altoids

If you are sensitive to gluten or suffer from any form of celiac disease and are seeking a mint that is free of gluten then Altoids are a great choice.

Here is a list of the products and flavours that are available. All of which are gluten-free and safe for your consumption:

Every 3 pieces of Altoids Peppermints consists of 10 calories. This consist of 2g carbs, 0g protein, 0g sugar and 0g fat.

For more information on Altoids visit the Mars website here or check out the official website here: Altoids.com